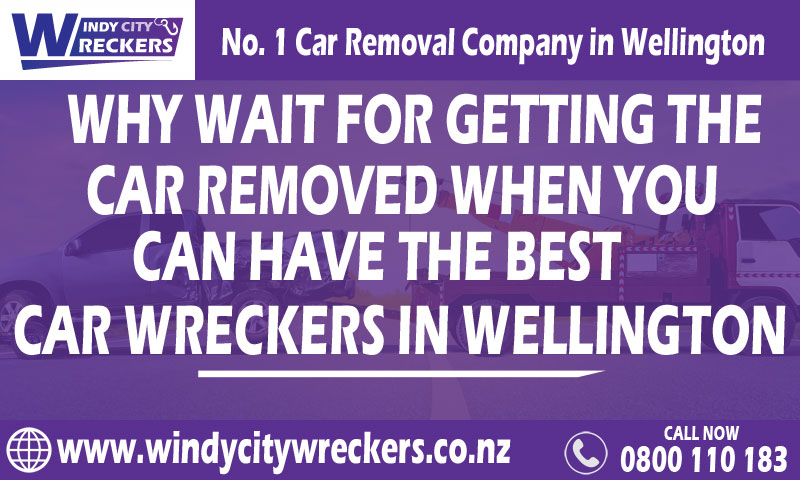 By no stretch of imagination, a rusty old car can be a pretty sight for any car owner. A car that is sitting in the garage since a long time, becoming rancid with each passing day is no less than a heartbreak to watch every day. A car, that bad in condition and seemingly beyond repair, only deserves to be removed regardless of the emotional value attached to it, as it is finally a machine and as a machine it has lived its life span.

The real problem arises when once actually makes up the mind to sell the car but is unable to find the best deal possible for the same. The kind of deal that not only gets the car removed but also gets it done in  a timely fashion and with a considerable profit out it. Seems like something out of a fairy tale right? Something that doesn’t exist and can in no probability ever exist in reality- WRONG!! It can happen but only if you make the right choice. We do have a suggestion for you though, which will help your decision – WindyCityCar Wreckers

Following are a few points that will give you an insight as to why we chose them for a suggestion:

When you go hunting for the best buyer to sell your old car, one of the common question that is asked about your car is the make and model of the car, as that is a very big concern for most of Car Wreckers in Wellington. The trauma, however, doesn’t end there. When these wreckers see that there is an old rusty car they are dealing with they pull out of the deal faster than a bat out of hell! Forget about getting a profit out of them. This kind of conduct is not something you will find at WindyCityCar Wreckers. The model or the age of the car is never an issue for them which is also the reason why they would never ask for it. When you deal with them you get a price quote based on the actual worth of the car and that too, over a single phone call, without even going to the yard. This achieves a number of objectives for the seller like it enables him to compare the prices with other buyers which indeed promotes a clearer idea.

When a car is not in a condition to be driven, it indeed is a titanic task to get the same conveyed to the yard. For the usual recourse to this one has to seek the assistance of a towing agency for the same which only makes him spend an amount that he could have saved. This situation can be avoided by only making a simple choice of opting for the right buyer who would help you facilitate the towing of the car. All that you really need to do is make a call to Windycity Car Wreckers and schedule a date and time for the pick of the vehicle, their team will make it to your place on the specified time and place and tow the car to the yard. The beauty of the deal doesn’t lie in the fact that you don’t have to move the car yourself rather in the fact that you don’t need to pay anything for this service! We do see this as an absolute win for sure!

HASSLE FREE PAPERWORK MADE A REALITY

The completion of every automobile is marked by the completion of the paperwork and the legal formalities. Once all this is done all that left to do is collecting the cash and making it back to home! Many people underestimate the complication involved in getting the paperwork done which lands them in an unwarranted fiasco when the time comes. To pair of unskilled hands getting the paperwork done is never an easy task that can be accomplished without any assistance not to mention the immense amount of time that is wasted in getting to know and understand the intricacies. Whereas when a professional enters the ring to get this task done, the time it takes to get it finished is halved at the drop of a hat, as such a professional is already well versed in the field and completion of the compliances. While you deal with WindyCity you won’t have to worry about retaining the services of a third party professional like such, as they already have a team of professionals dedicated for the paperwork and legal formality which will take care of the same for you and you won’t have to pay them any extra amount whatsoever. Fair enough isn’t it?

ON TIME COMPLETION AND NO ROOM FOR DELAY

Time is always of the essence when it comes to business deal be it of any sort. Similarly, you and everyone who wants to sell their old car need the process to complete as fast as possible however most of the Car Wreckers in Wellington fail at accomplishing this parameter. It is not like they deliberately delay the process but the procedure they conform to, is usually a lengthy one. You don’t have to face this problem as WindyCity Car Wreckers have adopted and always followed the fastest way to get the task finished. Unlike the other Car Wreckers WindyCity doesn’t employ any such means that will by any stretch of imagination prolong the process and hinder the timely completion of the deal. Once the formalities and the paperwork are finished the payment is made at the very spot leaving no room for even the slightest delay. What more could a seller ask than having his car removed , paperwork finished and the payment dispatched at a faster pace than what others could have achieved!

So don’t waste any more time and make that call to get your free quote today!

Let this be the best Car Removal experience of your life!! Thank us later J